Last-mile solutions in a residential area once again 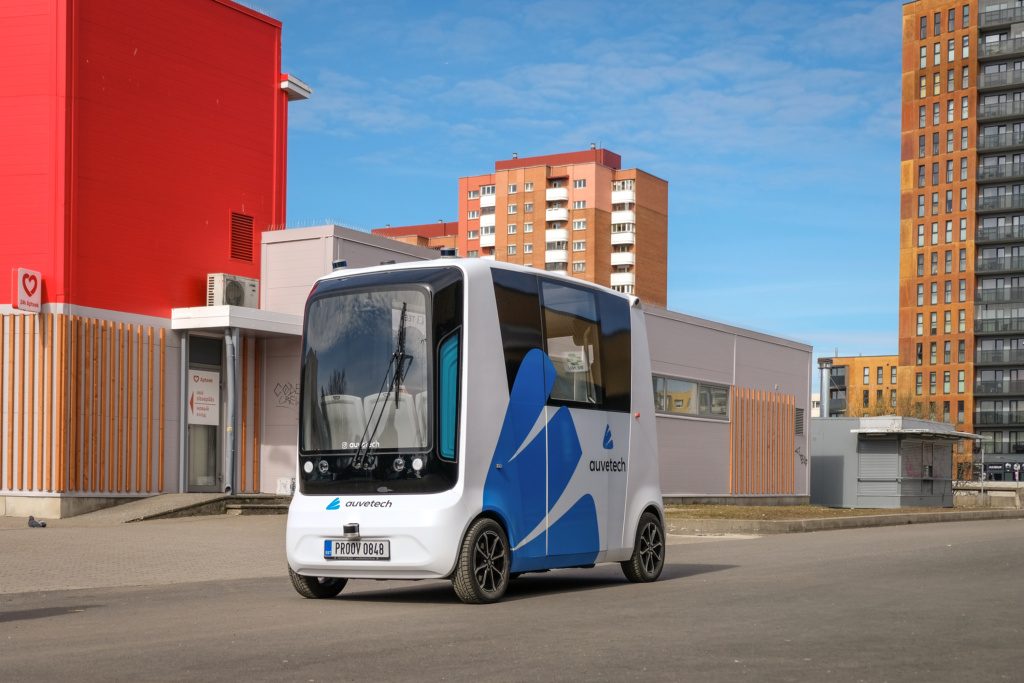 The idea of the last-mile services in the world of autonomy pushes many companies to create new vehicles that not only enable a fast delivery process but also a way to transport people for short distances. The case study in Lasnamäe is a great example of using a self-driving shuttle to benefit pedestrians.

We had sent the request to Tallinn City Government so we could operate in the open pedestrian area and the Lasnamäe District Administration was fascinated with the idea of sustainable transportation so they helped us to get the permission for the case study. 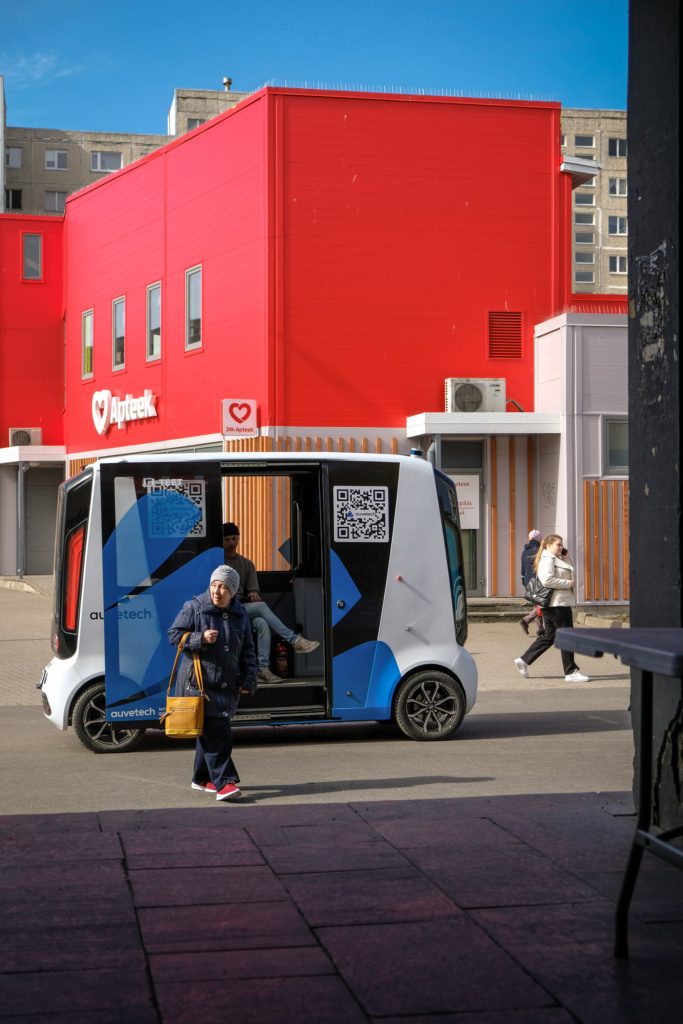 Once again our team has accepted the challenge to operate in mixed traffic to test the precision of the sensors and find out if the residents of Lasnamäe were interested in the self-driving buses. Saarepiiga puistee connects two sides of the road by a bridge and it was a perfect choice for us so the project had been announced on our social media accounts to attract as many passengers as possible. Over 400 passengers have tried alternative public transportation.

The maximum speed allowed was 8 km/h and
when the operator had to maneuver in order to avoid the users of the route, the maximum speed was 4 km/h. The slight left and right turns were included in the projected directions as well as a pedestrian crosswalk which was a part of the regular traffic. Everyone could take the free ride for two weeks on working days from 9 a.m. to 12 p.m. 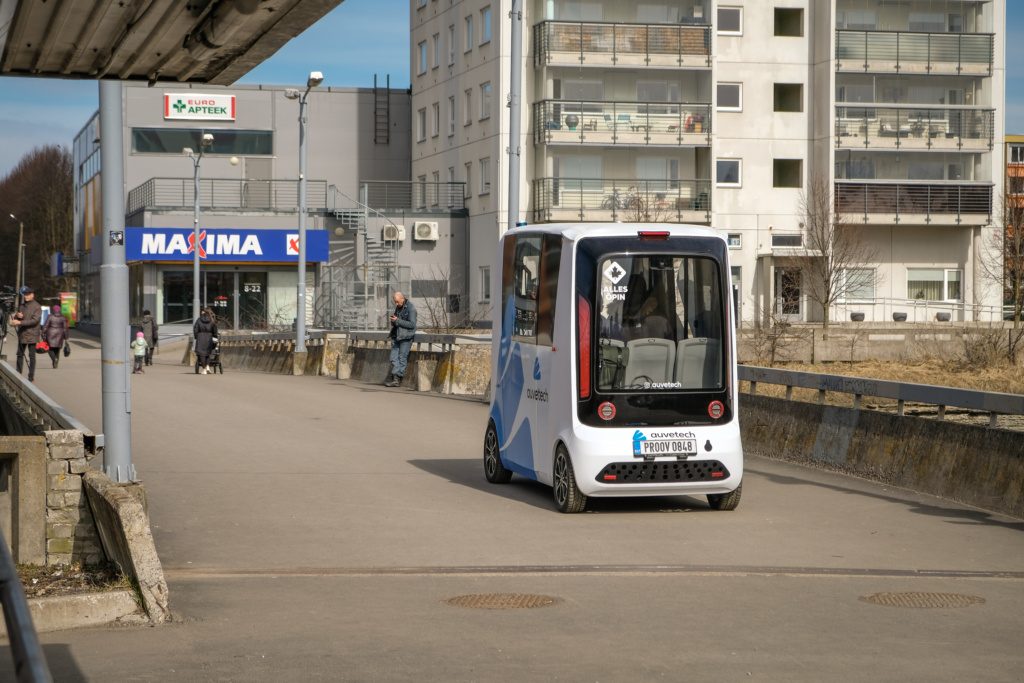 For better identification of the bus stops we had placed three bus signs: near the supermarket Virbi Maxima, Laagna at the bridge, and Lasnamäe Health Center Medicum. These spots have a great flow of visitors and also the clients were the target audience who were interested in assistance after grocery shopping at the supermarket or after medical procedures at the hospital.

The biggest enjoyment our team experienced was when the workers of the kindergarten were bringing kids to entertain them with a new attraction of the district. The youngest passengers were thrilled to use an appealing shuttle as their private bus.

The number of pedestrians on the street was overwhelming so the operator often had to drive the shuttle manually in avoidance of incidents.

The prediction of the weather conditions is important for testing the autonomous solutions in the real environment and we were lucky enough to not have any snow or strong wind here in Tallinn so the operating was a stress-free experience for us. The bus was in service all the time and had zero issues with indicating obstacles. 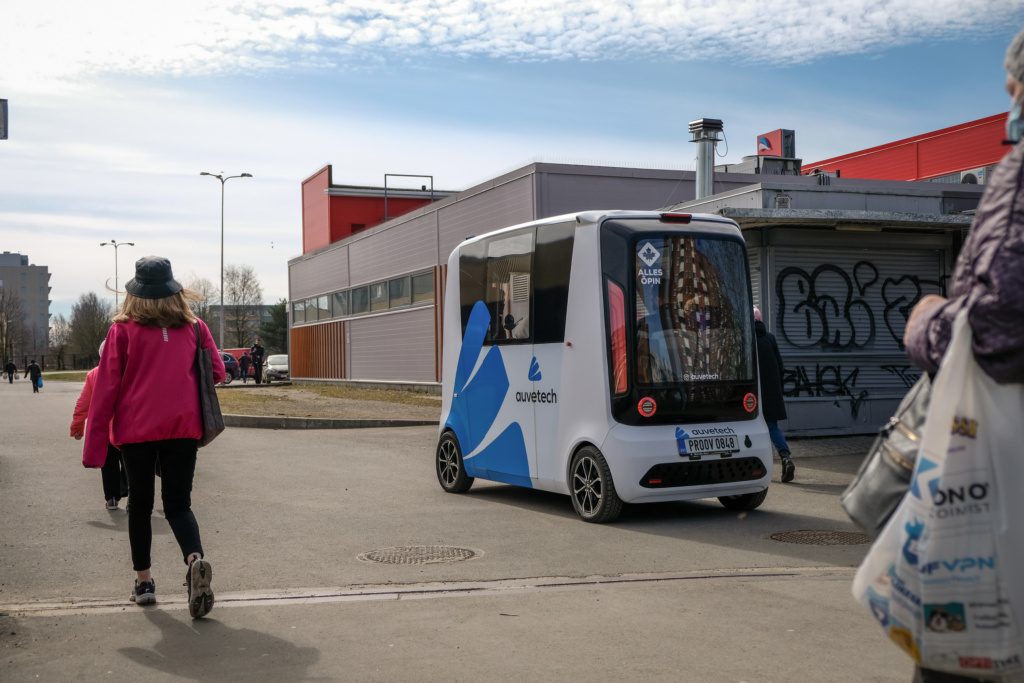 A difficulty faced during the operation was answering inquiries about the speed of the bus. Presenting our vision to the users of the shuttle and making them understand what the safety regulations are, and why there are so many of them, is still an ongoing process.

The feedback from the passenger survey was beyond positive and people were sincerely curious about Iseauto. Some of the residents called the authorities of the Lasnamäe district to ask more about the project and if the bus will operate there once again.

The authorities of the Lasnamäe district stated the project has helped them to get a better understanding and an overview of the obstacles related to traffic management and how to improve infrastructure for the upcoming autonomous solutions in the city of Tallinn.